Throughout his travels in Europe’s great cities, Fabian Sbarro reflects on the contrast there between the “containers”, comprised of lasting, solid constructions; and the “content”, or the fragile, transient beings living in and around them. In the cities of Lyon, Brussels and Berlin, over a five-year period, the artist has erred in their streets.  It is at night, when the city seems to slip into a parallel dimension, that he conducts his work of spotting and identifying.  In the studio, he interprets the thoughts, feelings and energies he perceives during these outings, turning them into images.  At nightfall he returns to the locations to put the work in place and photograph it.  The installation is then either left in place or dismounted. The image obtained this way becomes a representation of a scene of life or the soul of a human being, like a fluid that slowly evaporates, floating, slipping by at the foot of the city’s walls. The final media for the work is a simple photograph, without subsequent digital treatment, a trace bearing direct witness to an actual event. “As I carry out my explorations in the city, I wish to sense the passage or absence of people.  I react to what I feel facing a city Man has built to survive himself.” 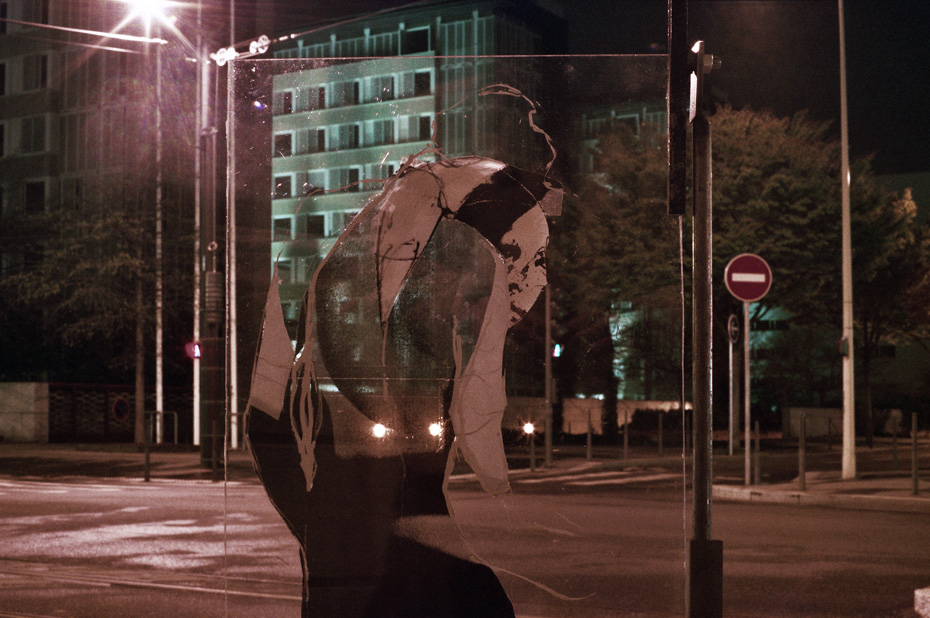 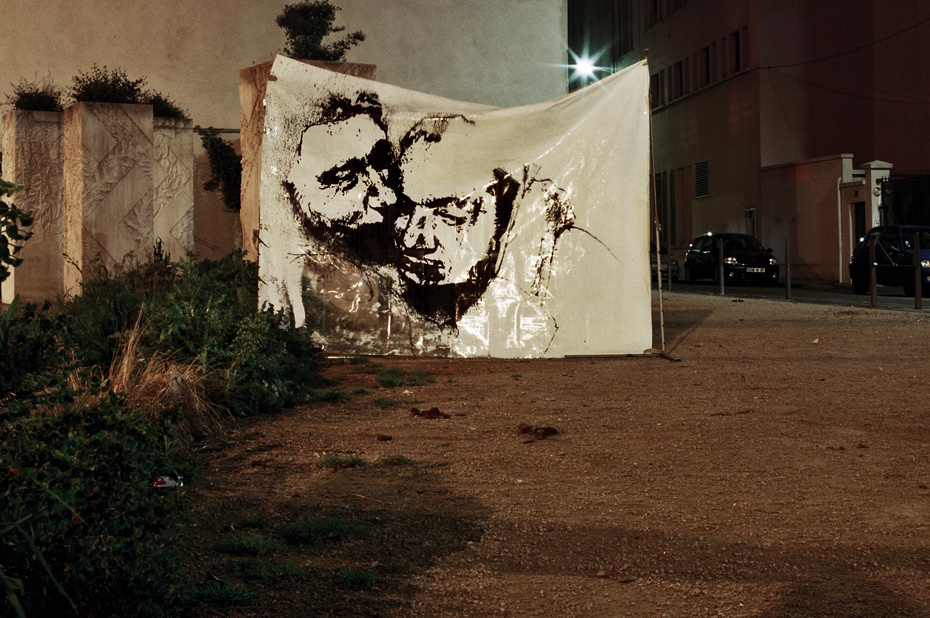 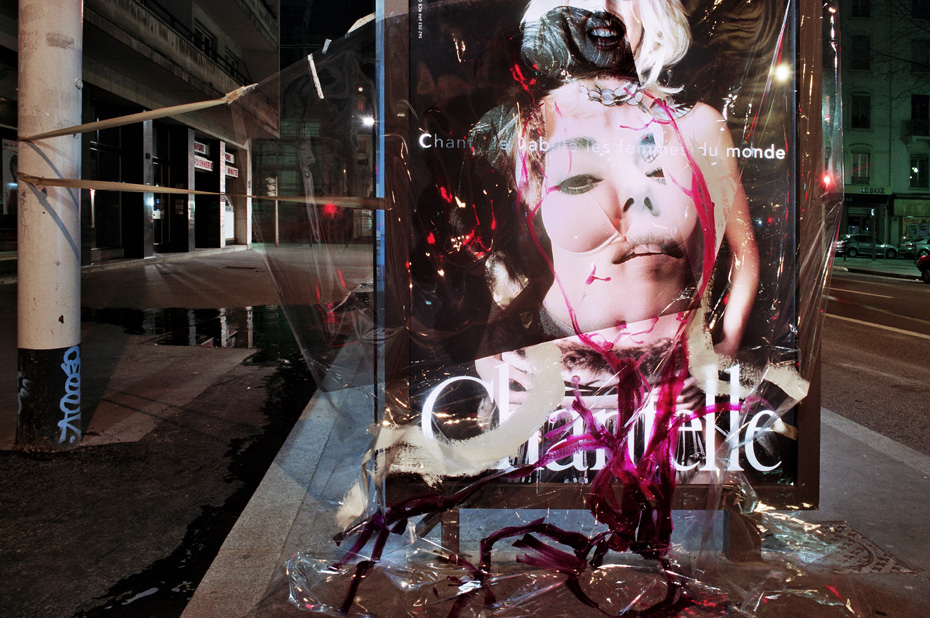 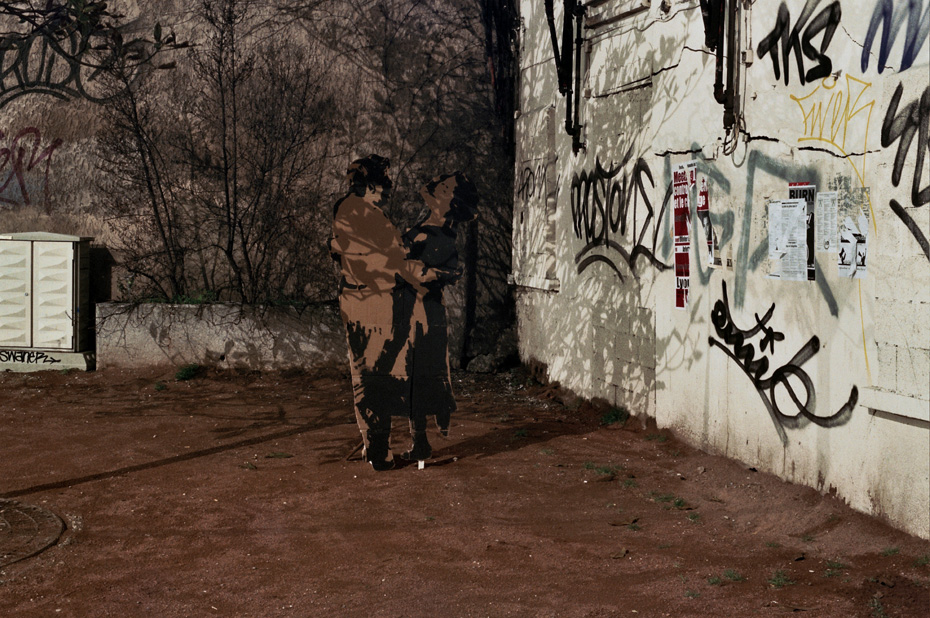 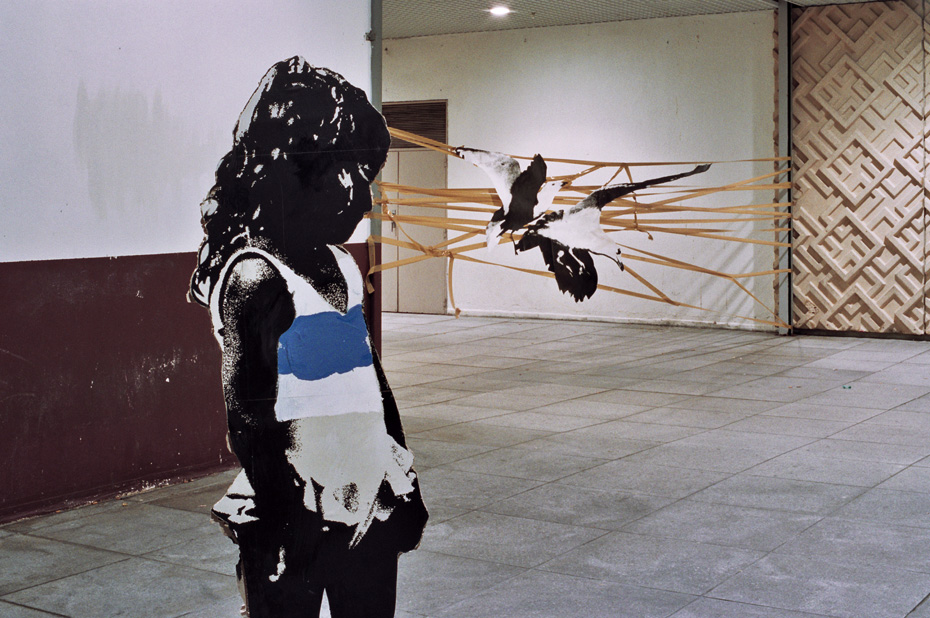 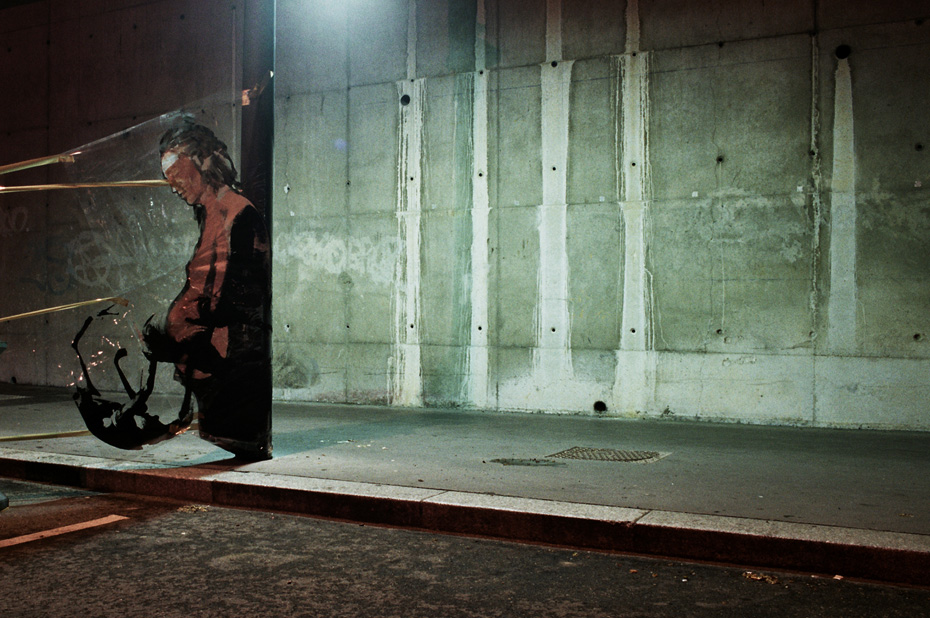 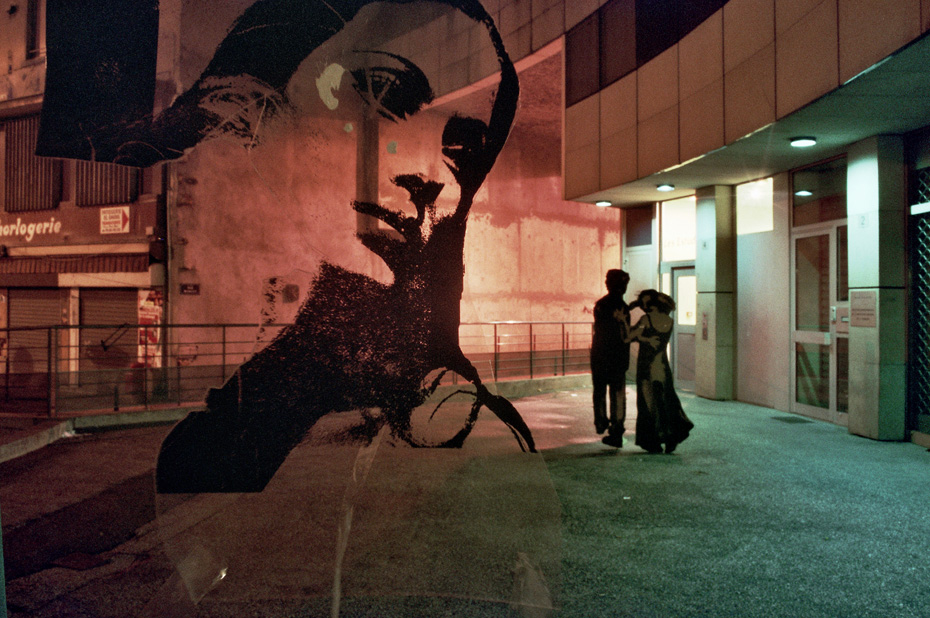 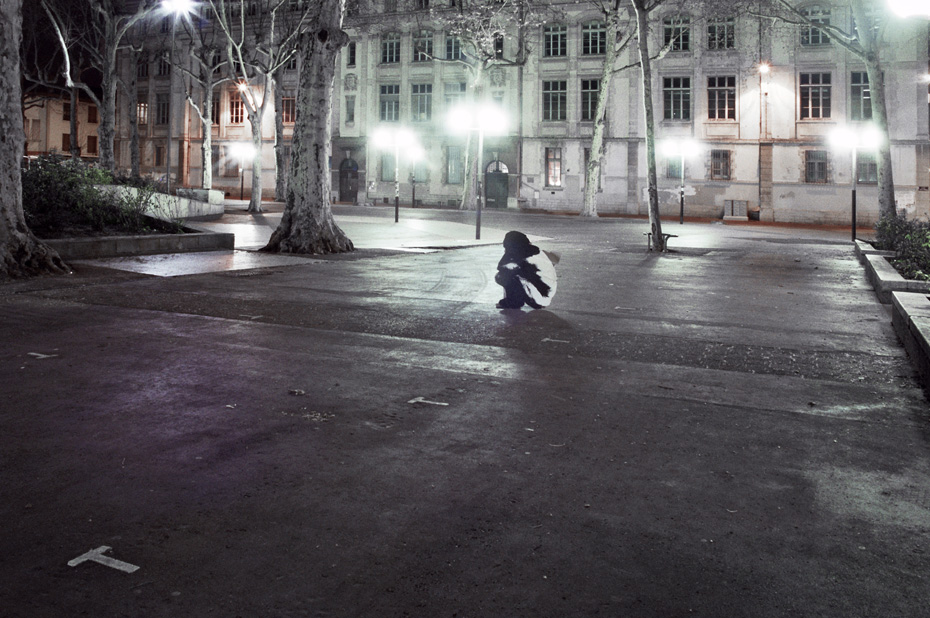 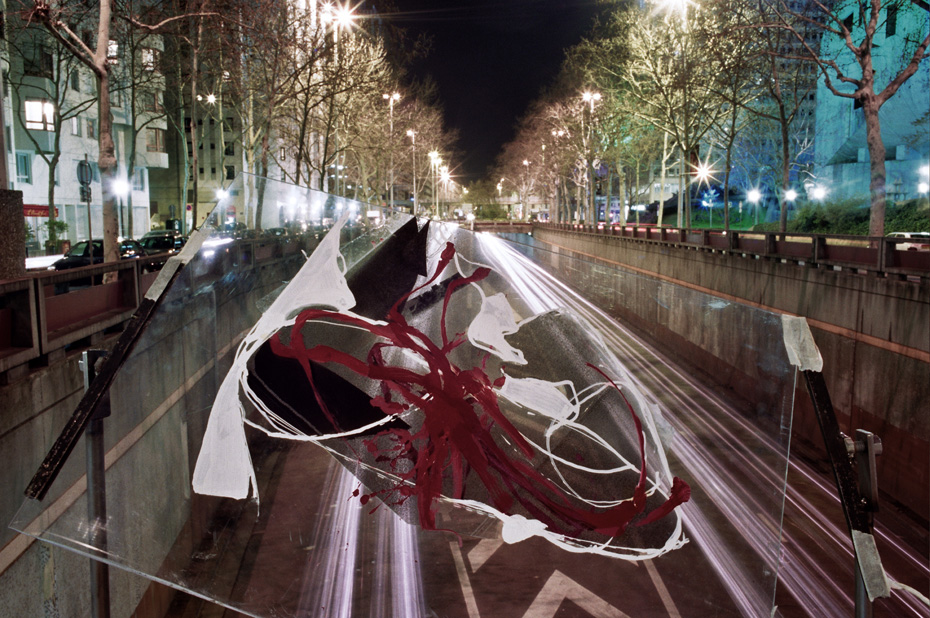 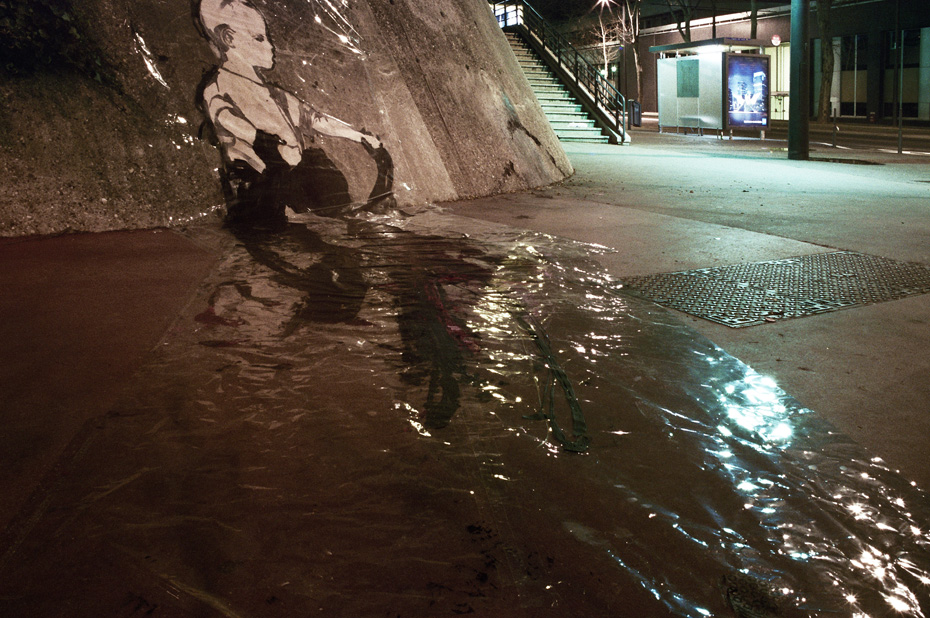 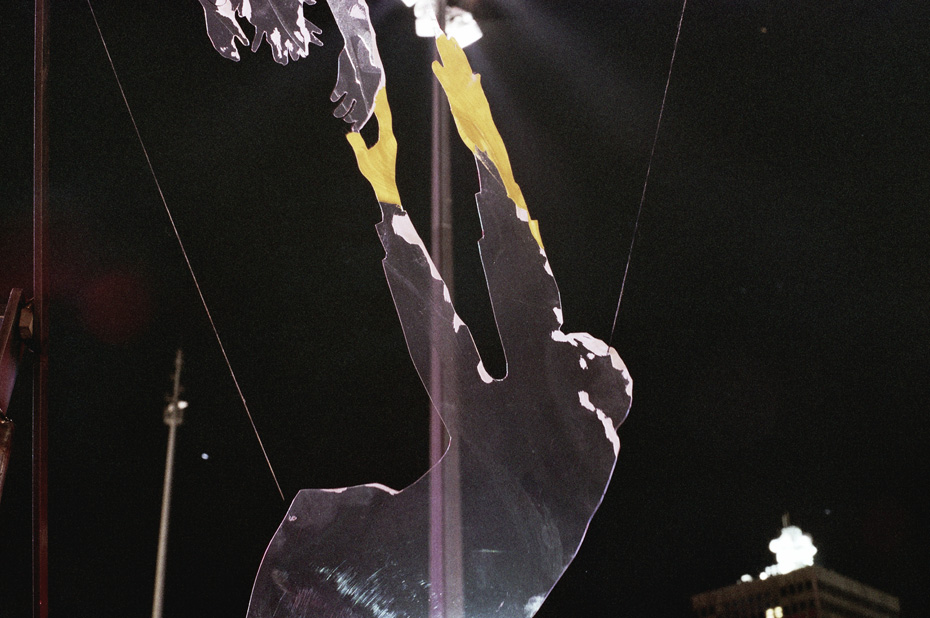 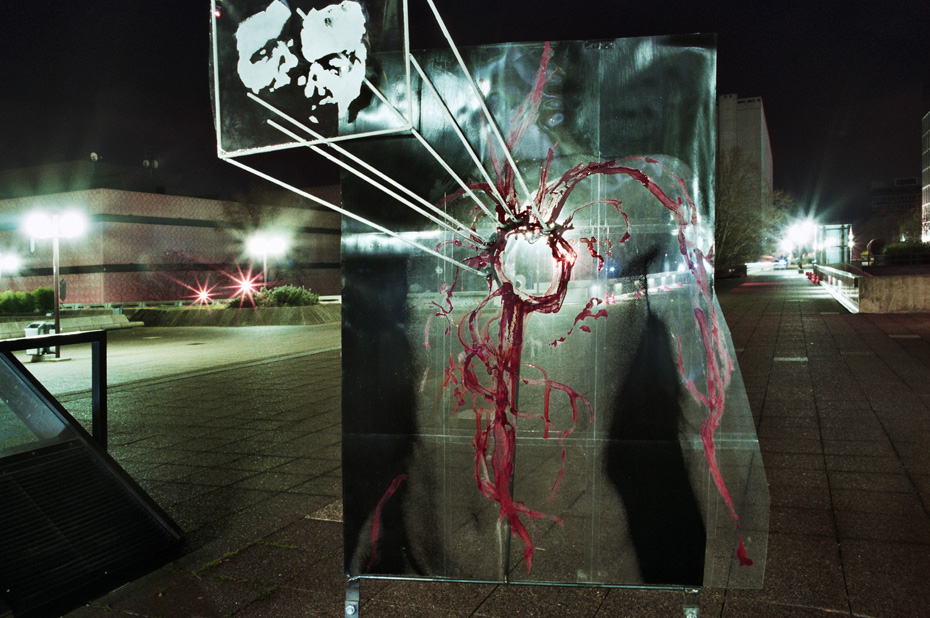